Coots come to find us! 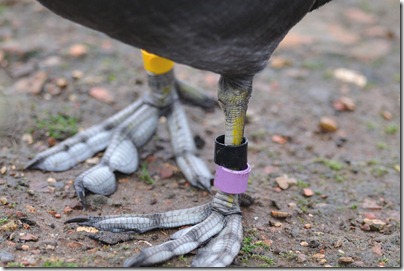 I’ve just spent my dinner hour up at Crompton Lodges (In Bolton, Grt Manchester), on the look out for colour ringed Coot. There weren’t many Coot around & only a handful of ringed birds.

However I did read – Yellow, BTO, Black, Mauve – which stuck in my mind as being recently ringed. Taking into account that I’ve not done any ringing at Crompton for several weeks, I knew this was an incoming bird!

My suspicions were confirmed when I got back to the office, as this bird was ringed at Westport Lake, Stoke-on-Trent – just 11 days ago! 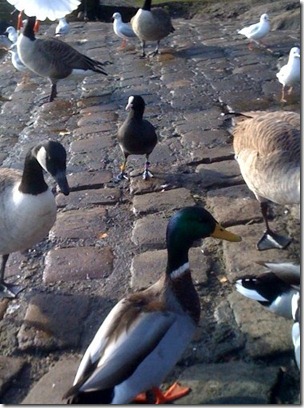 Dodgy phone photo by Me at Crompton Lodges!

This is now the 2nd movement between the two sites. For details of the other movement – see here