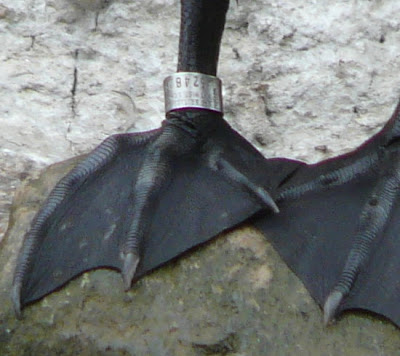 Thanks to a bit of detective work by Lee Barber & Dorian Moss, they managed to find out a bit of info on the ringed Cormorant (see below post). It was ringed as a pullus (in the nest) on Puffin Island, Anglesey on 27/06/2009. So it's travelled around 70kms. 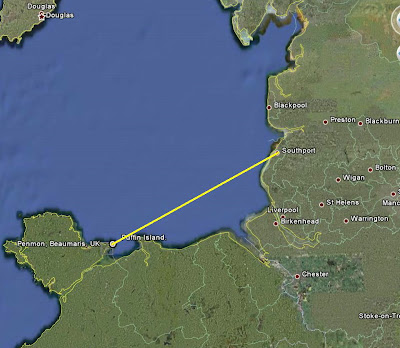 Posted by Kane Brides at 2:04 pm No comments:

The weekend started with a 05:30 start on Saturday, which saw Me, Craig & Ciaran meeting Steve at one of our ringing sites in Manchester. We were aiming to catch more Meadow Pipits, but we only caught 2 new ones but the bonus was controlling a bird (a bird ringed by another ringer). We also managed to catch a few Tits, Chaffinch and a Goldcrest. 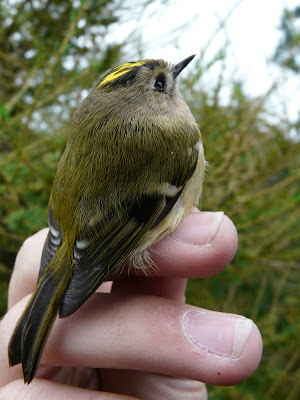 After packing up, Me and Craig decided we would try to catch some Coot at a local park - however non were catchable - but we did catch 3 Moorhen & 1 Tufted Duck. 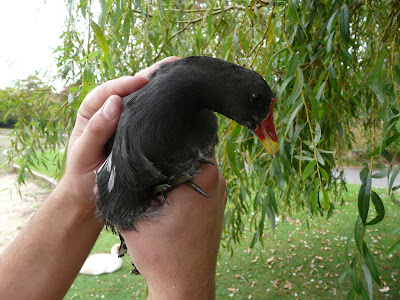 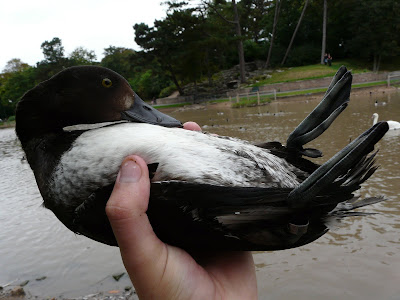 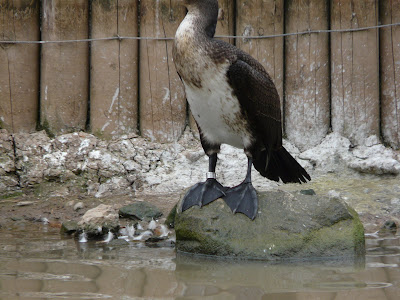 This Cormorant was on the Lake, bearing a ring - despite several attempts at reading & photographing the ring we only managed to read part of the ring number - 524809*
Sunday morning we trapped at the new feeding station, catching - 2 Dunnocks, 6 Long Tailed
Tit, 3 Great Tit, 2 Blue Tit and 1 Jay + 1 retrap 1 Willow tit. 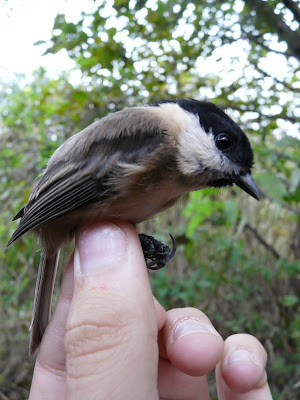 With Craig having to be elsewhere in the afternoon, he left Me & Ciaran, and we headed up the M6 to Lake Windermere. 4 Tufted Duck, 2 Mallard, 9 Canada Goose and 1 Black Headed Gull ringed today at Windermere. 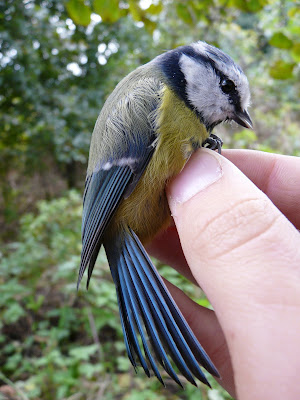 9 days ago I started a new feeding station on farmland near Atherton. I placed two peanut feeders up and two bird tables and started feeding sunflower hearts. It seems the tits have found this feeding area, with 28 being caught on Tuesday (23/09/2009). Also caught - 2 Blackbird, 1 Robin & 5 Chaffinch. 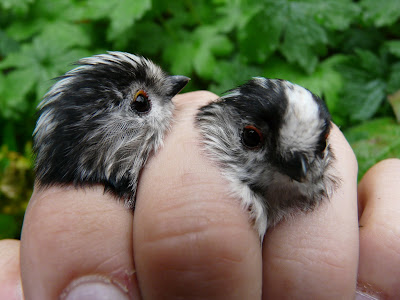 Today we started our monthly ringing trips up to Lake Windermere in the Lake District. So Myself, Craig, Ciaran and new trainee ringer John Wright had an early start, as we started at first light trying to catch Meadow Pipits. We climbed up to the highest point of Windermere and were treated with cracking views of the Lake & a very smart sunrise! We also were treated with a handfull of Meadow Pipits - 6. 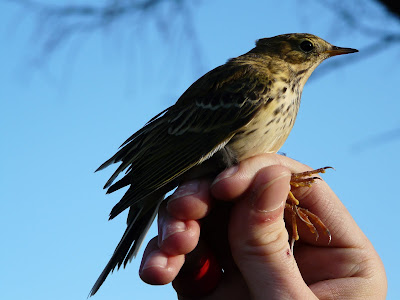 After packing up we decided to call into the river at Ambleside and managed to trap a new Dipper. 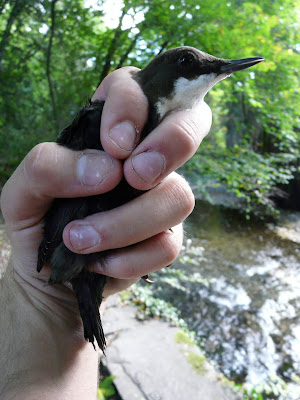 After dinner we decided it was time to call into Bowness on Windermere to try our luck with wildfowl and luck we were in!! The first bird to be caught and processed was another (hand caught, coming to bread!) female Goosander. 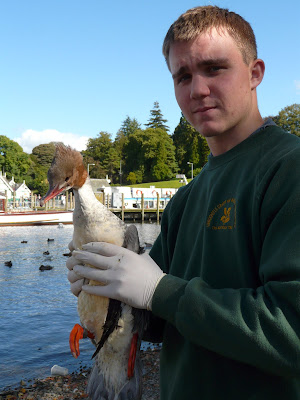 Which made John & a crowed of around 50 members of the public.....very happy. 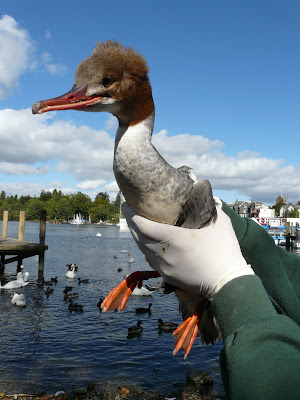 Then onto catching Tufted Ducks - that were also coming to bread!!! Four caught... 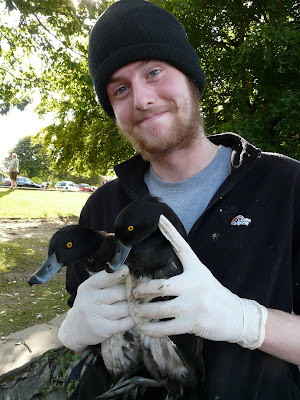 Along with two Coot 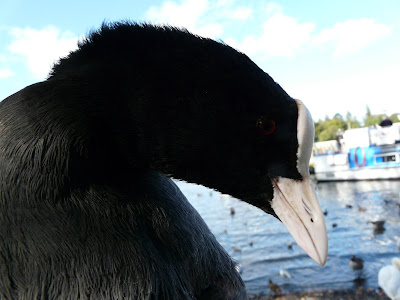 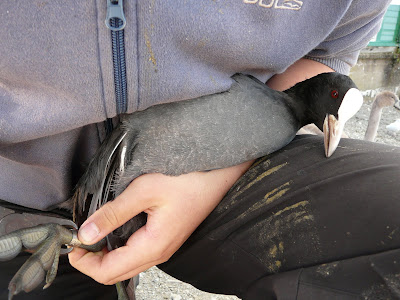 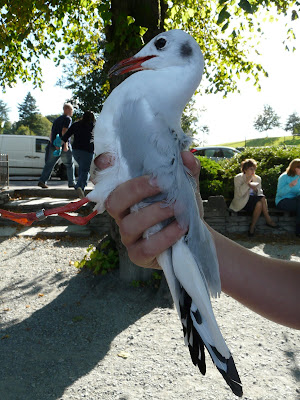 Up and out early this morning - meeting Steve at one of our new ringing sites. We set the nets up and put the Meadow Pipit call on and within minutes birds started to appear. A total of 21 Meadow Pipits caught (25 newly ringed this week) + a Kestrel that managed to place it's self in one of our mist nets!! 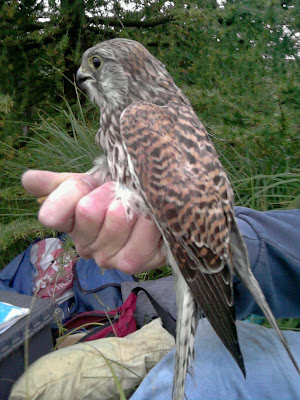 Thanks to Steve for an enjoyable morning.
Posted by Kane Brides at 1:00 pm 1 comment:

Up and out very early this morning - meeting Sean Gray in Halifax to ring some Meadow Pipits with him. Sean kindly allowed Craig & Ciaran to join in too. Sean has been out most of the week catching Mipits in good numbers and today was no exception! 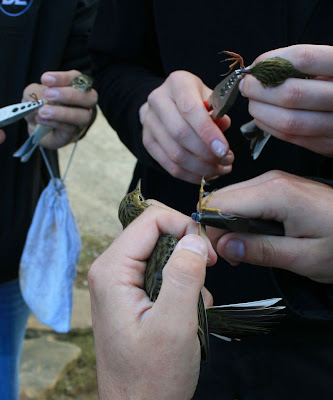 It's aways nice to be in Sean's company - he's a great bloke, very friendly, helpful and we're always learning new things from him.

Many thanks as always Sean for the invite and the above photo.

Posted by Kane Brides at 7:21 pm No comments:

With it being a little quiet recently, with just a bit of garden ringing & the odd Mute swan brood - being ringed. Last night I thought I would update my year ringing totals.