After a small mist netting session in Atherton Woods with Zac last weekend & catching the below Great Tit with Avian Pox, I was keen to have another session this weekend - to collect information on infected birds for ZSL. This combined with catching more Blue Tits to colour ring for Zac's dissertation fieldwork. 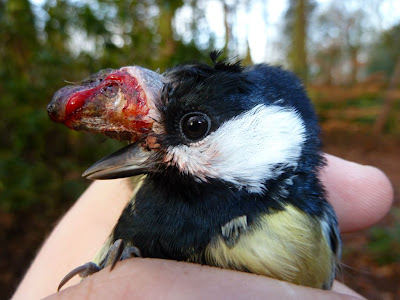 So after an early start on Saturday it was encouraging to only catch two other infected birds, and their wounds were nothing like the above birds! Lots of other Great Tits were captured and ringed, but didn't show any signs of Avian Pox!

A good day was had with 97 birds being captured - mainly Blue, Great & Coal Tit making the bulk of the catch, however several Goldcrest, Chaffinch, Treecreeper & Nuthatch were also captured. Zac colour ringed over 20 new Blue Tits, including colour ringing several that were already BTO ringed, therefore adding known aged birds to the project - something which will provide useful to Zac's study. 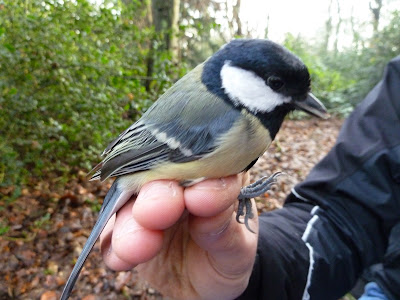 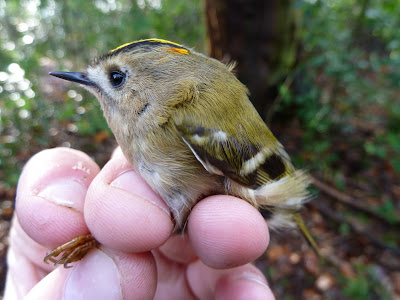 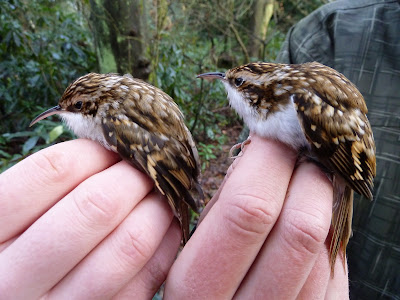 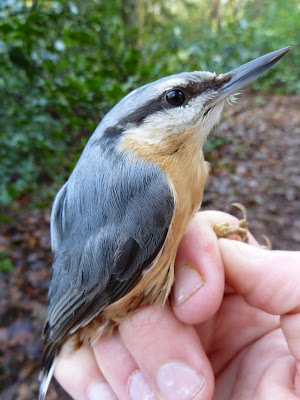 Back at home, during Saturday evening we placed a CCTV camera into my garden owl box. Over the last few weeks I've been noticing a pair of Tawny Owls hanging around the box, so was pretty keen to get the camera installed before any eggs were laid! However it seemed they had beaten us to that, as when I went up to the box a single Tawny Owl egg was in the nest cup! So we had to work fast to get the camera up before the female came back! She did and went straight back to the box & is now sitting on two eggs! 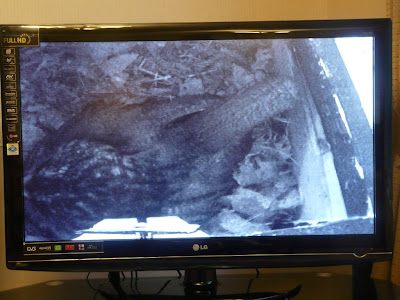 Sunday morning was spent mist netting in the garden, whilst comfortably watching our first Nest Record Card of the year from our television screen!! 20 birds captured in total - mainly Goldfinch, Blackbird, Robin and a smart Bullfinch. A recap Blackbird turned out to be more than 8 years old & ringed in the garden by me & Steve during my training days.... 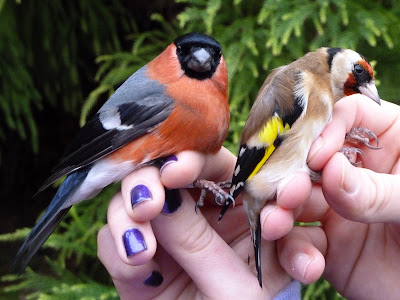 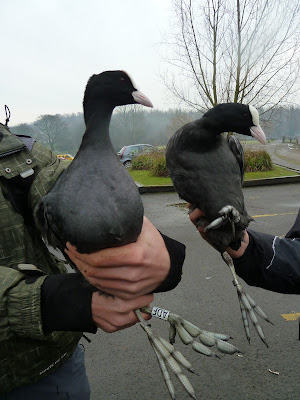 Posted by Kane Brides at 3:29 pm No comments:

Several of us spent the first week of the year on holiday in Ireland. This short break was a mixture of relaxing, birding and carrying out a bit of ringing when the weather permitted! 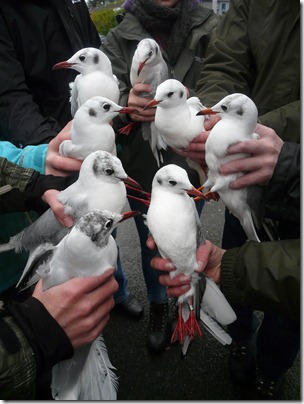 Although the weather conditions were very different from last years trip, more wet & windy, rather than icy cold - we didn’t do too badly catching 24 gulls in total over a two day period.

19 Black-headed Gull, 4 Herring Gull and 1 Common Gull were captured and ringed. A distinct lack of Common Gull was noticed, compared to catching 35 individuals during our trip in 2010.

Nimmo’s Pier didn’t fail in providing some class bird watching and a full trip report can be read on Zac’s blog…..

I’ve spent the afternoon updating my ringing totals for 2011 and thought I would post below a copy of my up-to-date ringing totals, since getting my permit in 2008. During 2011 I ringed a total of 1854 new birds (still to add up the recaptured/controls etc)……..
Posted by Kane Brides at 2:54 pm No comments: