You may remember back in May that we blogged about us forming as a recording team for the BTO’s Nest Record Scheme and out of that came the Brides, Bridge & Dinsmore nest recording partnership.

This year we set out to do a challenge and that challenge was to try and record 1,000 nest record cards during 2012. We have purposely kept quiet about the end result of the challenge, as we were invited by Andy Clements the Director of the BTO to present our adventures, findings and end totals at the BTO’s recent annual conference.

After such a successful season for us (it may well not have been for the birds) it was very rewarding for us to present the whole year to over 400 delegates attending the conference. We addressed the conference with the reasons for us getting together as a nest recording partnership, advantages we found as to working as a partnership, I touched upon inspirational people – who have inspired me to carry out my own monitoring projects, we told the conference the various methods we used to help us achieve our goal, Gillian gave a very impressive overview of her work on Reed warblers & Chris summarised his Pied flycatcher work in North Wales.

As we proudly announced to the conference our end total of 1131 Nest Record Cards submitted, the whole room came alive with the sound of cheers & clapping – certainly making all those very early mornings & very late nights much worthwhile!

With 1131 NRCs whipped off to the BTO in September, we calculated that we’d spent 186 days in the field! We submitted NRCs for 80 species and of those 406 cards were submitted of 37 BTO ‘priority’ species. 744 cards where submitted from England, 357 was Wales and 32 from Scotland. 28% of records came from nest boxes with 72% of the records coming from open nesting species.

Here’s a few slides from our presentation.

Two people who I’m in awe of and totally inspired by are: 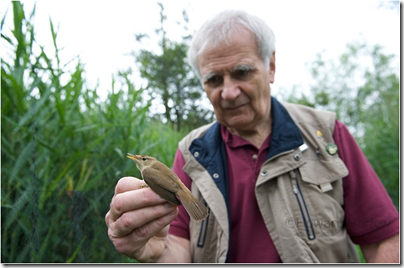 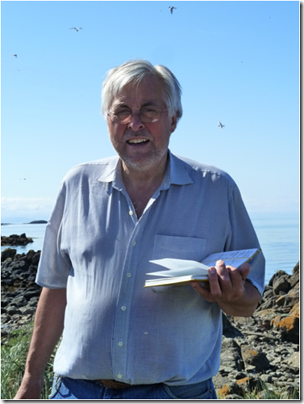 Dr Ævar Petersen of the Icelandic Institute of Natural History who I’ve been fortunate enough to work alongside during trips to Iceland and certainly someone who I look up to in the field of ornithology. Ævar, next year will be spending his 40th year in the field of nest recording and ringing Black guillemot chicks.

How & what methods did we use?! 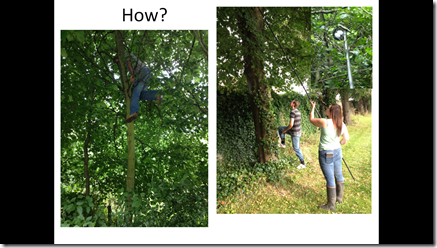 ……. lots of tree climbing and using poles mounted with cameras and mirrors. 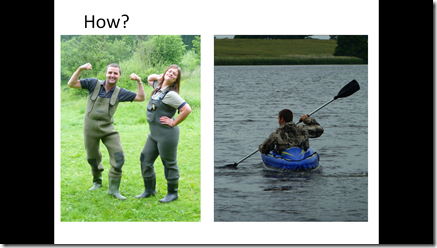 ……..many hours spent in waders wandering through reedbeds and kayaking helped to get those tricky nests on the reed bed edges! 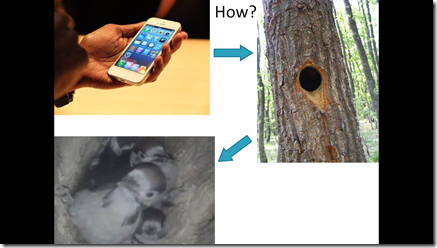 …….and by using our phones to take photos & videos inside the nests of Great spotted woodpecker, Green woodpecker and Starling. 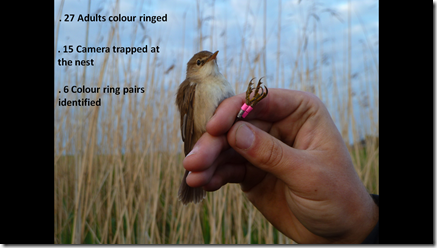 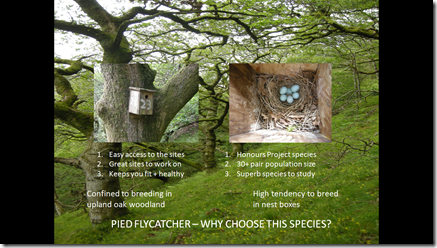 & Chris spoke about how he has taken over the monitoring of two colonies of Pied flycatcher in N Wales.

What other people had to say.

Ieuan Evans – Your talk was awesome, you guys rocked! Thank-you!

BTO – Fantastically engaging talk, your impressive project should certainly inspire the next generation!

Mark Holling (British Birds) - Seeing their enthusiasm and inventiveness to reach their target was an inspiration to us all.

So that’s our 2012 Nest Recording Year! I’d just like to thank both Gillian & Chris for coming on board any helping me out with my already existing monitoring projects, for whom without, these projects would not be receiving the same amount of attention as they have done over the last several years!

It’s been hard work, but very much worth it! If you’d have asked me back in June as to whether I thought we were going to make our target of 1,000 – I would have probably turned around to you and gave you a blank expression & shouted NO! How wrong was I!? Here’s to 2013…………..and hopefully some better weather!! Have a lovely Christmas everyone!!