Craig has been out today playing with his new Zeiss binoculars and did his spot of 'lunchtime ring-reading' in Stanley Park, Blackpool. Whilst birding he's always on the look out for ringed birds and today he managed to read another one of our Coot rings - GC82204. 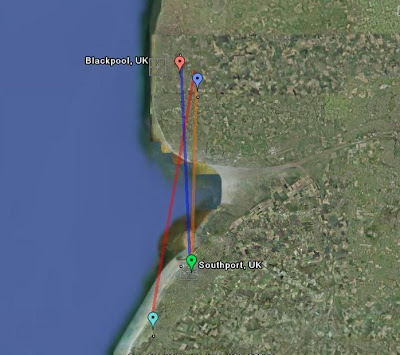 Over the last few months, Craig has managed to read 5 Coot metal rings around the Fylde area. Four of these birds where ringed at Southport Marine Lake in 2008 - 3 to Marton Mere <17km>, 1 to Stanley Park <19km>, Blackpool. The other was ringed at Sands Lake, Ainsdale (near Southport) in 2003 and sighted by Craig, in July 09 at Marton Mere <22km>.

Over the last two years we've ringed 366 Coot - so where the other 361 are now is anyone's guess! So any lunchtime ring-reading of our Coot would be most welcome ;-)