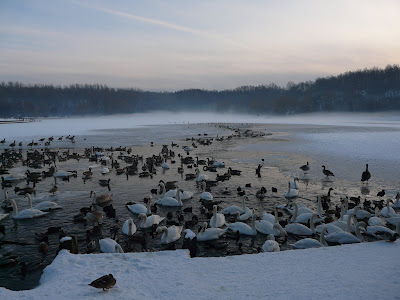 The snow fell again during the night, here in Manchester and it's been very cold today, so I thought I would take a trip up to Crompton Lodges in Bolton. Most of the lake had frozen over and the Coot numbers had increased from my last visit. Around 30 Coot have been colour ringed at Crompton this year - however not many of them where around today (only read two ring combinations).

The birds were very hungry, when it's cold the birds are much tamer - so I thought i'd try and catch a few to ring. With it being quite cold - I kept handling to a minimum - so therefore didn't take any biometrics, just ringed the birds / aged and released.

108 Coots have been colour ringed since October 2009
Any sightings of these birds can be sent to http://www.ring.ac/ or to kanebrides''@''googlemail.com 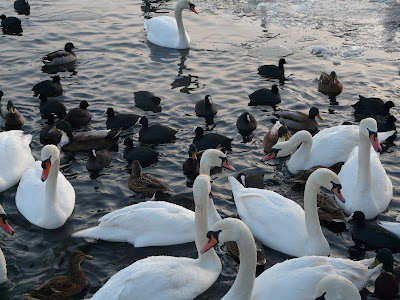