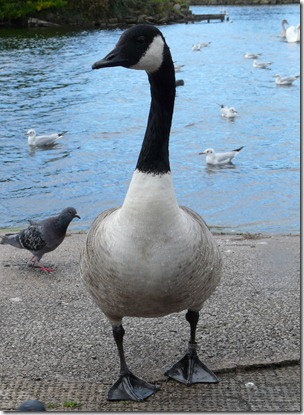 A batch of recoveries came in from the BTO yesterday, revealing that our old Canada Goose that we blogged about last year – has been found dead with an injured wing. At the grand age of 18 years & 254 days. Although this bird was ringed as an adult in 1993 so is older than 18yrs!

Several other Canada Goose recoveries were also included in this batch, all mainly involving local movements. A Reed Warbler pullus that I ringed at Pickmere this year, was captured by ringers 43days later at Rostherne Mere (10km). And confirmation came through of the UK’s first recovered Portuguese ringed Sand Martin!