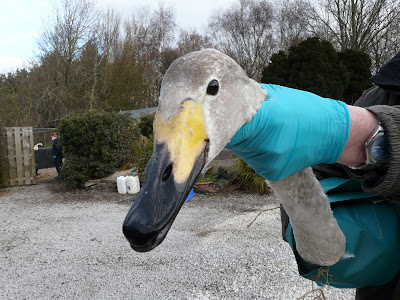 We thought the February swan catch would have been the last of the winter 09/10 - however word came through that we'd been successful in gaining funding to carry out more transmitter work on Whooper Swans.

With birds now departing Martin Mere for their summering grounds and the daily feeds due to end very soon we had to be quick in organising the catch. So staff & volunteers were roped in to help from WWT centres all over the country.
. 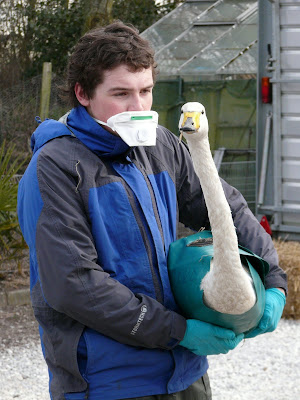 It seemed somewhat strange travelling into Martin Mere this morning at 6am and it being quite light outside - and what a glorious day to have a catch on.

We had the company of the BBC's Diane Oxberry and a film crew, who filmed the entire catch. North West readers of this blog will be able to watch this on BBC's North West Tonight (to be scheduled). The news team are planning on following the progress of a migrating Whooper Swan back to Iceland this spring. I'll keep the blog posted on when this piece is to be aired. 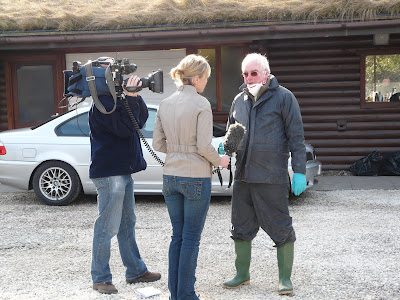 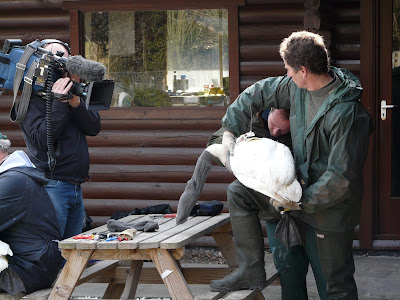 A sock was placed over the birds head to keep it calm, whilst it's transmitter was being fitted.
5 adult male Whoopers were fitted with transmitters and their progress can be followed on our website here. 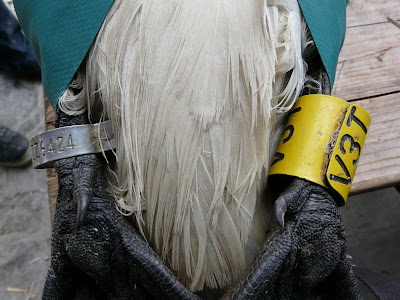 It was nice to catch Martin Mere's oldest known swan, V3T the ''Wanderer'' who at the age of 22 was first ringed in Iceland as a cygnet in 1988 - on WWT's very first expedition there. Donna & Geoff Atherton who read this blog will be pleased to know this as they saw him on Shetland in November 2009. (see the comments of that blog post here) 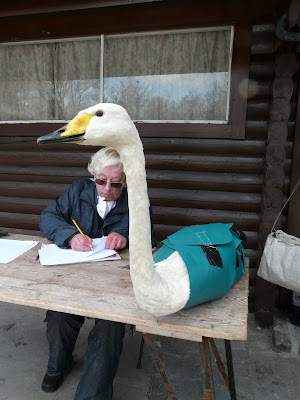