Gillian & myself are just back from an aborted SCAN session, where we joined Zac & Matthew Bruce and the rest of the team in Bangor Harbour this morning. It was an early start for us all this morning as we set the nets in the dark and retreated away and hid in the bushes (!) out of view of any peering eyes as the high tide started to push good numbers of Redshank, Dunlin & Shelduck up towards the catching area. 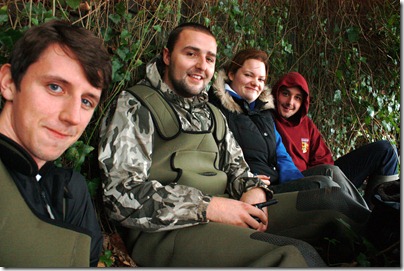 Unfortunately, however – something spooked the birds, possibly a female Peregrine that was hunting Black Headed Gulls nearby & the birds didn’t come back in time for us to fire into a suitable catching area, as the high tide had reached it’s highest point, we decided to call it a morning & pack away the gear.

We then left for Manchester calling in at Abergele on the way back where we managed to read two Black Headed Gull rings – EG41185 & EX43734 and impressively Zac managed to catch an adult bird (he’s been closely watching the master Black Headed Gull catcher – Ciaran – in action!). 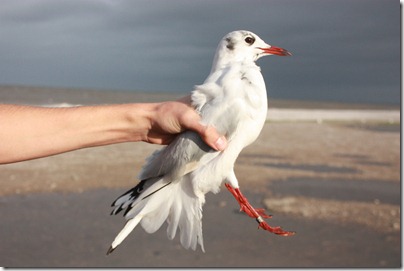 Back in Manchester - Gillian & I decided to have a bit of a mad Canada Goose catch and just as the light was starting to fade we called it quits and finished the day on 50 new Canada Geese ringed! We also managed to catch 3 new Coot & 2 more Black Headed Gulls. 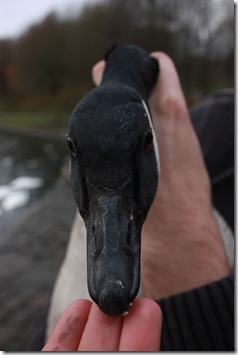 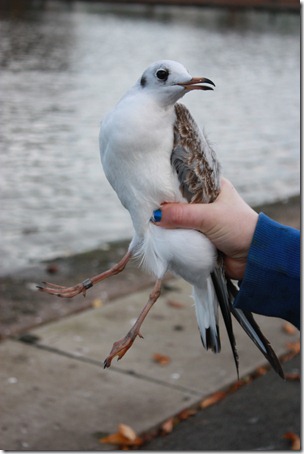 As Gillian was busy ringing the geese I was keeping the Black Headed Gulls around us entertained, by feeding them in closely. This allowed me to read several rings including a Finnish & Danish ringed bird. We also read the ring of EY02115 which sounded like a familiar ring sequence and especially with the ring being on the left leg. Upon arriving home we confirmed our suspicions that this was a Killington ringed chick that Zac ringed at the Cumbrian colony in June this year! 90km distance from Killington to the Manchester park. 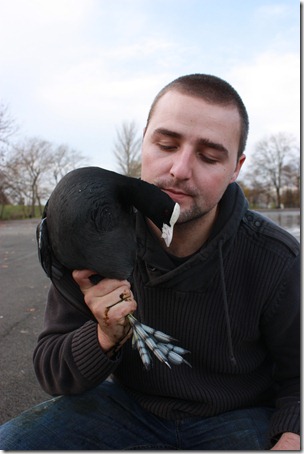 Casting an eye over our 50th darvic ringed Coot!

Thanks to Zac for putting us both up for the evening! Good luck to the SCAN team for a more successful catch tomorrow! And finally it was great to meet new trainee Matthew Bruce during today's ringing events!

Thanks to Gillian for the above photos!