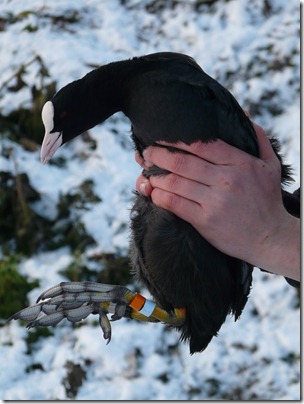 Well we certainly didn’t think that this would be todays’ blog title, so soon after blogging about ringing our 300th bird! But with catching conditions nigh on perfect this week, along with stacks full of enthusiasm, we’ve managed to ring over 200 new Coot during the last 5 days. Of the 235, 106 of these were newly ringed today at Southport Marine Lake. 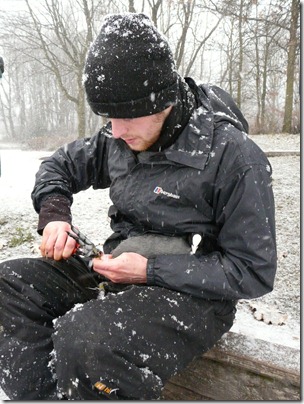 With the cold snap continuing, it was important for us to keep handling of the birds to a minimum. Therefore birds were caught, colour ringed, wing measured & released, as quickly as possible to ensure no unnecessary stress was placed upon the birds. 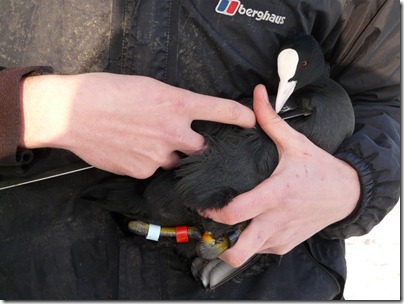 Most of the catching this week was carried at Southport Marine Lake (209 new birds), with a small amount of catching being done in Greater Manchester (15 new birds). Southport is especially good for catching Coot, when the weather is cold, since it holds a large wintering population but twinned with incoming birds from local lakes & ponds when they freeze over. 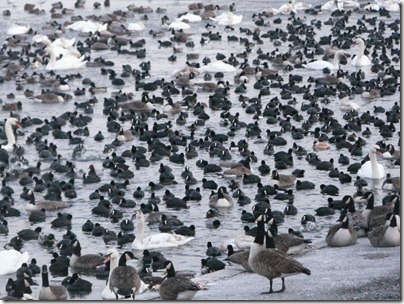 When not ringing the birds, our time & attention was devoted to reading colour combinations of previously ringed birds. This proved worthwhile since we’ve recorded several returning birds and/or cold weather movements, which we’ll blog about soon. 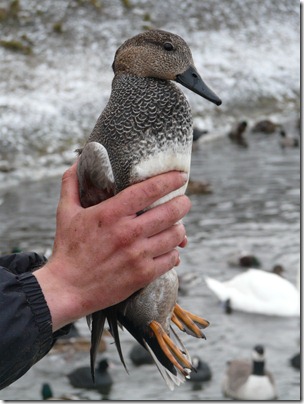 Since the start of the project in October 2009, over 750 Coot have been individually colour ringed at a number of sites, across the North West. The use of colour rings, has certainly emphasised the need to place additional marks, other than a standard metal ring on this species. The sightings of these colour marked birds have certainly increased the annual Coot recovery rate for 2010.

Subsequently we are beginning to understand more about the movements of this understudied & often overlooked species.

With thanks to – all ringers involved, especially Ciaran, John Gramauskas for loaning us his colour rings, when we were short! Len Golby & Steve Irwin at Southport Marine Lake for their kind assistance. And to Craig Brookes for driving 90 miles to collect BTO rings when we were running low!!

and finally thanks to Tesco for their value bread! 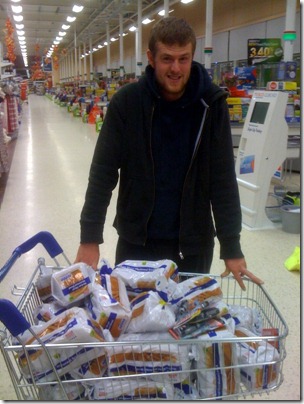