Having had a nestbox scheme running in Atherton Woods for the last six years, and ringing nearly 1000 pulli since the start of the project: we thought it would be a good idea to set up a feeding station in the woods to see if we could recapture any of these birds. Another reason for setting up the feeding station is so that we can complete some of the nest record cards that we stared but did not finish this year due to being away. So if we re-capture any birds ringed in the boxes this year, we will at least know that the nesting attempt was successful from that brood.

So this morning found us netting the feeding station for the first time; and our decision was justified by 6 recaptures of birds ringed in the nest boxes, along with 34 newly ringed birds: Coal Tit, Blue Tit, Great Tit, Nuthatch & Robin. 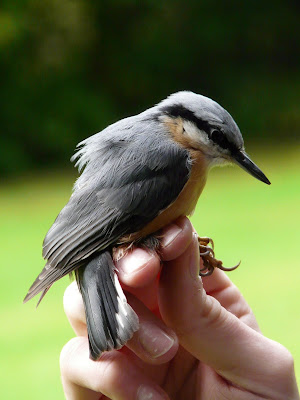 After the woods we headed back for breakfast and caught up on some work, before heading off to Southport Marine Lake - for an afternoon of ring reading. We started off reading Black Headed Gull rings around the Lake, and the bread they were scrapping over attracted the attention of a Canada Goose. We noticed the old style of L clip ring the bird was carrying as it staggered & stumbled on land towards the food: and for good reason! Having successfully read the ring it later transpired that the goose was ringed as an adult at Southport Marine Lake in 1993 by Wes Halton, making the bird over 17 years old! 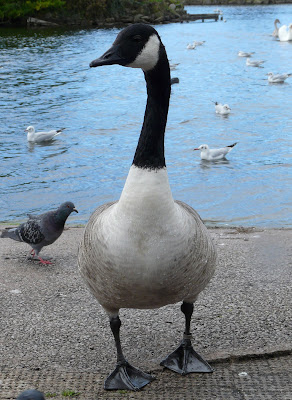