I’m currently out in Bulgaria with WWT colleagues, Scottish cannon netter – Bob Swann and colleagues from the Bulgarian Society for the Protection of birds trying to catch Red-breasted geese to fit with satellite transmitters. More on the collaborative work being carried out on the Red-breasted goose can be found here and hopefully later to come if we’re successful in catching some geese.

Although this post is totally unrelated to bird ringing! Whilst at the BSPB office today Bob decided to go for a walk to try and find some Long eared owls in the local town! 5 minutes later, Bob came back to announce to the group that he’d found some – however it became apparent that there were more than several, probably more likely to be around 40-50 individuals within a small conifer plantation…. 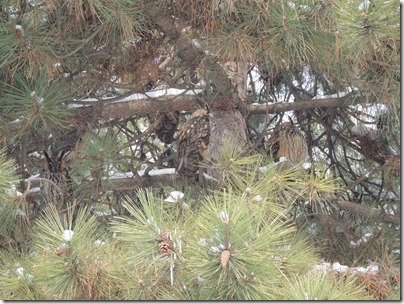 I’m just having the best time ever here in Bulgaria, despite it being really cold & lots of snow on the ground – but hey I do like snow, so not complaining at all – we’re having some cracking birding experiences in amongst weighing up opportunities to cannon net geese.

Here are a few photos……. 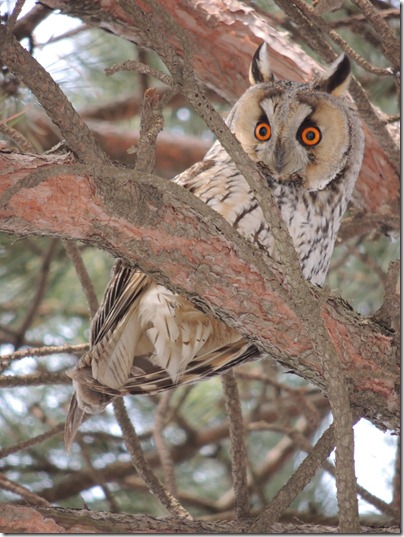 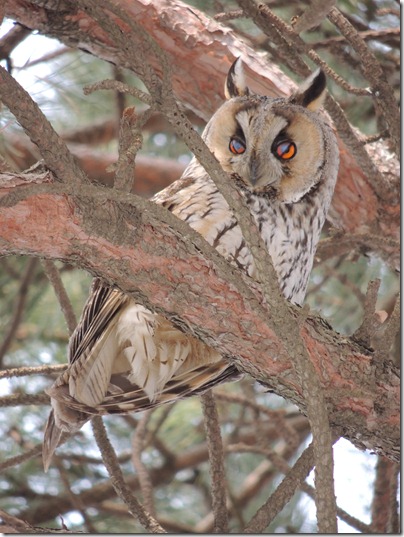 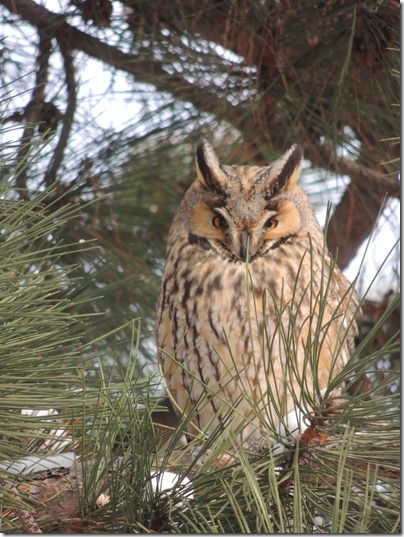