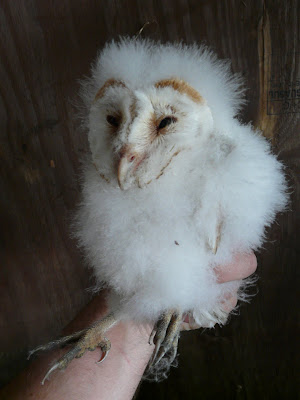 Ringing two pulli Barn Owls was on the jobs board for this evening at WWT Martin Mere. So as the centre started to empty from it's daily intake, we headed out onto the reserve in the Mule. The reserve staff use this powerful little buggy to get from one side of the reserve to the other, but when Freddy blocked our path, we soon realised how pathetic the mule looked in front of him! 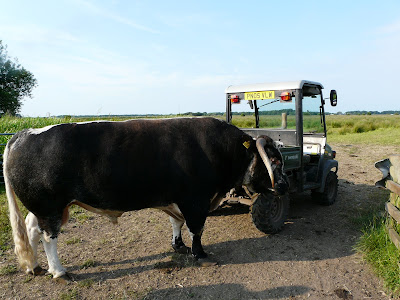 Let me introduce you to Freddy - 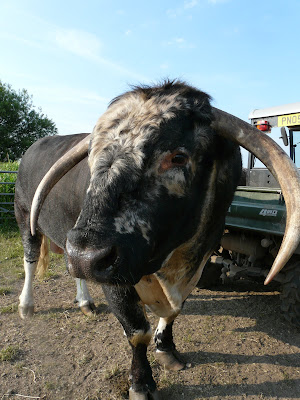 Freddy along with his team of 90 rare breed cattle (and most have their own names!) are important members of the Reserve Team at Martin Mere. They form part of the Reserve Managment Plan, as they are ideal for grazing on wetlands. Their hoof marks leave perfect hollows in the ground for birds such as Lapwings & Redshank to nest in and they graze by leaving tuffs of grass which double up as shelter and safety for wader chicks.

After a good scratch on the mule, he allowed us to go and we could then carry on to the Barn Owl box! 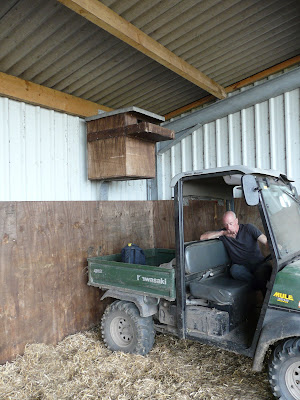 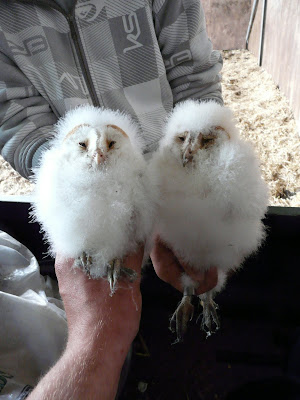