Many thanks to Julie at Watermead County park in Leicestershire for getting in touch with Steve, regarding one of our ringed Whooper Swans.

Whooper Swan - ZY0349 - was ringed at Bowness on Windermere on 25/05/2009 and was seen pretty much throughout the summer there. However on the 11/11/2009 it turned up at Watermead Countrypark in Leics at total of 222kms away from Bowness. 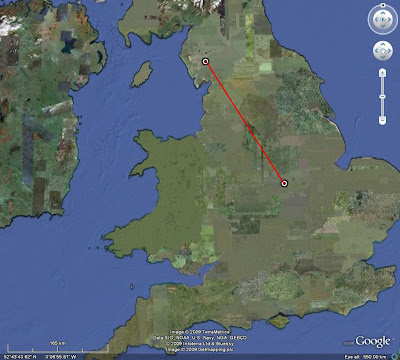 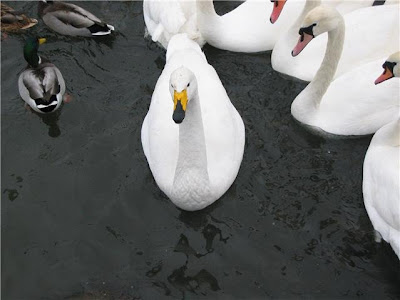 Not surprisingly the bird was in a flock of Mute Swans - just as he was when ringed at Bowness on Windermere!

Even though ZY0349 was ringed in the UK in spring - when it should have really been back in Iceland - it just goes to show these birds are not loafing around on the same pond all the time - waiting for the next handful of bread!!

Thanks to Julie for the above photo.
Posted by Kane Brides at 10:48 am